From OptaJoe on Twitter: French clubs have won 73% of their Champions League games this season (English: 64%, Spain & Italy: 43%).

The fact that Liverpool have also got a good Italian team in the group (66% win rate, with Mourinho’s Inter Milan, with three defeats out of three, dragging down their nation) shows that the luck of the draw was certainly not on the Reds’ side. It looked tough when the names were pulled from the hat, and it hasn’t disappointed in that respect.

Given the injuries, form and Lyon’s own success this season, this is an incredibly tough game. But Liverpool have won these kind of games before, and will do so again – hopefully that starts tonight.

Speaking of classy Frenchmen, this from Arsene Wenger today:

“Rafa Benitez is a super manager. We live in a world where democratic judgment is only in the present, and that’s why it’s very important to have directors who are strong enough to resist, as well to explain why they resist.” 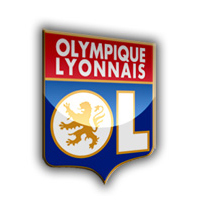 Class is Permanent, Form Is Temporary