This is not an article, but somewhere Members can help me keep tabs on some of the tripe we’ve come to expect from the media, and to vent spleen on those who defy logic and/or contradict themselves in order to disparage the Reds.

I’m also more than happy to hear examples of media perspicacity, especially when insight is forthcoming from unexpected sources.

I’ve said it many times, but I don’t mind seeing criticism when it’s fair, but it’s the lazy, cliché-ridden stuff that bugs me. People might say “why worry?”, but my concern is that this feeds the frenzy, and ends up coming full circle, to impact on the team or individual players.

While I do monitor the media, I cannot bear to listen to pre-match analysis (it only winds me up, at a time when I need calming down!), so there will be things I miss. And I obviously cannot cover Irish or overseas commentaries, nor read every article that gets published. So anything I’ve missed I’ll be welcome to hear (unless it’s from The Sun).

I’ll start with a positive: Martin Samuel (who continues to impress me) singing the praises of Lucas Leiva on Sky’s Sunday Supplement this morning, noting how Steven Gerrard had marked out the young Brazilian’s character in an interview, and that also, when speaking to Tony Pulis, the Stoke manager said Lucas had been the best player on the pitch in the Reds’ 4-0 win.

Which was a big improvement on last week’s episode, when Benítez was heavily criticised for selling Alonso, even though the player demanded to leave, and not credited for buying him in first place, nor making a £20m profit. Then Paul Hayward and co. said they couldn’t believe Torres chose to stay at Liverpool, and that Liverpool are lucky to have him. No praise for buying him, no praise for man-managing him so well he respects everything that the boss says.

Tony Cascarino’s article, Oct 2nd, is possibly the worst I’ve ever read. I hate giving hits to stupid pieces, but read for yourself; my comments were added to the bottom of the blog.

Rory Smith, in the Telegraph: Quality.

Tony Barrett, obviously a good journo and a Red: Quality

So, please enter your thoughts in the comments boxes below. 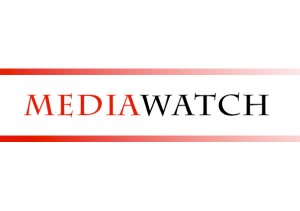 The Complete Guide to Zonal Marking