With Luis Suarez now close to moving to Barcelona for a reported £70-80m, this piece aims to shed light on how clubs account for the sale and purchase of players and why it is important for Financial Fair Play (FFP) compliance. I have previously written on the value of the David Luiz transfer to PSG which can be accessed here (http://www.danielgeey.com/football-amortisation-chelseas-50m-luiz-profit/). Parts of that blog are republished here to explain the transfer amortisation accounting process.

In sexy accounting speak [that’s what we call a deliberate oxymoron 😉 – Ed], “when a player is purchased, his cost is capitalised on the balance sheet and is written-down (amortised) over the length of his contract.” In layman’s terms, transfer fees for accounting purposes are spread over the length of a player’s contract. If we take Barcelona’s proposed purchase of Suarez as an example, £75m over a five-year contract is amortised by a club in its accounts to the value of £15m per season.

A transfer occurring in the summer after the 2013-14 season (depending on Barcelona’s accounting year-end) will have an impact on a club trying to break-even for FFP purposes in subsequent seasons. As noted above, Barcelona will amortise Suarez’s transfer fee over the length of his contract. If we assume a 5-year contract, Barcelona will have four further £15m amortisation charges in their 15-16, 16-17, 17-18 and 18-19 accounts. All of those amortisation costs will have FFP significance.

The other important amortisation issue is the accounting procedure when a player is sold. On this topic I defer to the Swiss Ramble who uses the ex-Manchester City player Robinho as an example:

This demonstrates how clubs write-off the transfer value of a player over the life-time of their contract and also illuminates that because Robinho was worth £16.3m two years into his four year deal, Manchester City actually made an accounting profit on his transfer of £1.7m. Fans would see the sale of a player for £18m bought two years previously for £32.5m as bad business. The club in their accounts will class it as a £18.1m profit improvement.

Suarez then signed a (presumed) new 5-year contract in August 2012. The remaining book value of the transfer fee at the time of his new deal was £16.65m as around 1.5 years of the original transfer fee (£6.15m) had been amortised. Therefore £16.65m amortised over the new 5-year deal meant a new amortisation cost of £3.33m per season.

As readers of the TTT will be well aware, as Liverpool did not participate in UEFA club competition in the 13-14 season, they did not need to submit a license application and its accounts to UEFA for FFP break-even purposes. However, as Liverpool will play in the 14-15 Champions League competition, UEFA will be assessing Liverpool’s accounts for the very first time for break-even compliance.

The table shows that the acceptable deviations (i.e. losses) vary quite considerably. The first point to stress is that if an owner does not put any money into a club by way of cash for shares, each club’s acceptable deviation (loss), by reference to the last column in the table, is a mere €5m over three years (i.e. €1.3m per season). 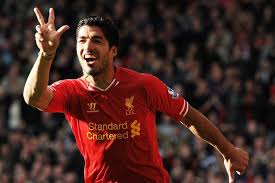 For the 2013/14 season when the FFP rules come into force, an owner can inject up to €45m over two seasons to cover the losses of the club. After the 2013-14 season an owner can on average exchange only €15m worth of cash for shares each year to spend on transfers and wages. That figure is reduced to €10m per season (€30m over three seasons) for the 2015-16 season. Should a club wish to pass the FFP break-even requirement, and it makes for example a €35m combined loss for the first monitoring period (13-14), the owners will have to inject €35m worth of equity into the club. If they do not, that club will breach the rules.

The CFCB has the power to sanction clubs for breaches of the FFP rules. Such sanctions include a reprimand, a fine, withholding of prize monies, points deductions, refusal to register players for UEFA competition, reducing a club’s permitted squad size, disqualification from competitions in progress and/or exclusion from future competitions. As has been seen lately, clubs like Manchester City and PSG among others have been severely sanctioned with salary freezes, transfer and squad size reductions as part of UEFA’s settlement agreement with nine clubs.

As such, based on the above table, Liverpool will submit their 11-12, 12-13 and 13-14 accounts for the 14-15 monitoring period. The club will only be allowed to make a maximum loss of €45m. Should the club exceed that limit, UEFA has the power to sanction the club accordingly. As Liverpool were not in the 2013-14 Champions League or Europa League competition, they were not obliged to submit their accounts to UEFA. It is likely by early Spring 2015, that UEFA will have received the three years’ worth of accounts and will then take a decision on whether to investigate the club further. It is worth noting that all three accounting years submitted to UEFA relate to periods the club was not in the Champions League.

As a result of the likely Suarez deal, such profit will no doubt put Liverpool in a stronger position to spend big this summer, but as Liverpool’s accounting year end is 31 May, transfer revenue from the Suarez deal will only appear in the club’s 2014-15 accounts thus not one of the periods (i.e. 11-12, 12-13 and 13-14) that UEFA will use to assess the club for FFP break-even purposes during the upcoming Champions League campaign. Therefore, the large transfer profit will not directly help Liverpool comply with UEFA’s break-even requirement in their first season back in the Champions League.